IOGKF Canada was established in 1993 by Sensei Jim Marinow. It is a branch of IOGKF International and follows the same objectives. IOGKF Canada has dojos (schools) in several provinces.  In 1997, Tetsuji Nakamura joined IOGKF Canada as its Technical Advisor. Prior to arriving in Canada, he was an instructor at the head-quarters of IOGKF International in California, USA between 1991 and 1994, and an instructor at the head-quarters of IOGKF Japan in Tokyo between 1995 and 1997.After the resignation of Sensei Jim Marinow in 2001, IOGKF Canada formed a Kanbukai (Executive Committee), later Sensei Tetsuji Nakamura was appointed the IOGKF Canada Chief Instructor in 2003. Every year the black belt instructors of IOGKF Canada meet at the honbu dojo (headquarters) for training and information sessions from the IOGKF Canada Chief Instructor. Various events, such as special seminars and tournaments are hosted throughout the year for all of our members.  These are excellent opportunities to work with world class instructors and expand your training.

The International Okinawan Goju-Ryu Karate-do Federation (IOGKF) is one of the finest, traditional karate organizations in the world today.  Under the leadership of our master, Sensei Morio Higaonna, 10th dan, the IOGKF is committed to preserving the intangible cultural treasure of Okinawan Goju-Ryu Karate-do, which has been passed down to us in its original form from one generation to the next. Since its establishment in 1979, the IOGKF has attracted culturally diverse martial arts practitioners from around the world, who have joined the organization after recognizing the authenticity and excellence of the IOGKF and its direct karate lineage tracing back to Bushi Chojun Miyagi, the founder of Okinawan Goju-Ryu Karate-do. Our members actively support our mission, objectives, and activities.  The IOGKF sponsors interactive website forums, weekend seminars, and international martial arts events for its members to stay informed with news updates, improve their ongoing knowledge and skills, and develop life-long friendships. 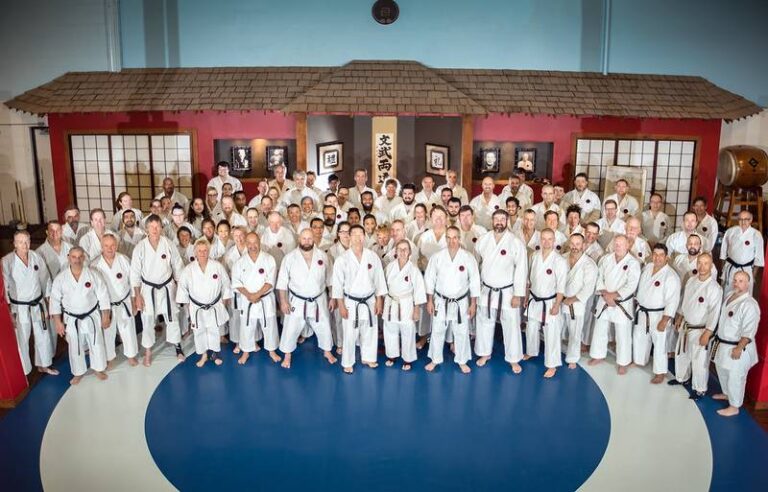 The IOGKF now has members in over 50 affiliated countries worldwide and is the largest Okinawan karate organization in the world.  This website represents the membership of IOGKF-Canada. We believe that Okinawan Goju-Ryu Karate-do training benefits all practitioners, regardless of their nationality, race, age, or gender.  We have members as young as three years old up to those over 80 years of age.  The IOGKF has a worldwide network of leadership groups and karate schools in different countries with highly-qualified chief instructors and dojo instructors to meet the needs of students and families.  Training at their own pace, each IOGKF member will improve their mind (mental health, education, and language); body (self defense skills, physical fitness, flexibility, and endurance); and spirit (character, positive attitude, and contributions to society).  It is our goal to improve the “quality of life” for all of our IOGKF members to help make a positive impact on the world.  The IOGKF welcomes all potential new members to join our international karate family.